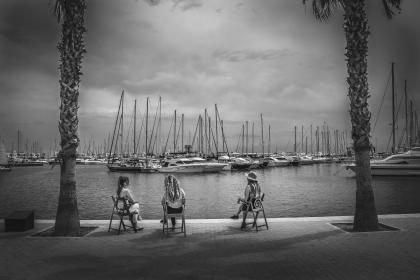 Family businesses are empowering women by letting them spearhead the business leadership. The trend is catching on in Australia – David Harland, Managing Director of FINH

There’s more evidence to show women are assuming important leadership positions for family businesses all around the world. It’s a welcome development and another sign that family business continues to be a wonderful engine for social change in 2016. Today I want to take a broader look at the state of gender equality in global family businesses, but I also want to highlight some remarkable female leaders who’ve already accomplished a lot around the world.

A collaborative study by Kennesaw State University (in Georgia, U.S.A.) and Ernst & Young found that global family-owned or controlled businesses have a far higher percentage of women in leadership positions than other types of companies. Results were published in Fortune Magazine in a July, 2015 edition.

Private businesses were only eligible for the survey if the family controlled at least 50 per cent of shares and voting rights. The focus was large and broad – 25 of the largest family businesses in nearly two dozen large global markets, with the average firm bringing in $3.5 billion in sales ($5.09 billion AUD) and boasting 12,000 employees. Among those surveyed, 22 per cent of top management teams were women. It’s still a small number, but it’s already nearly double the 12.9 per cent figure reported in 2013.

More impressively, nearly 70 per cent of surveyed family businesses were considering a woman as their next CEO; just 5 per cent of non-family, publicly traded companies had female CEOs in a 2015 study. The most equal boards were found in Norway (35.5 per cent female board members) while the least equal were in Japan (just 3.1 per cent).

Lesa France Kennedy: The Most Powerful Woman in Sports

Lesa France Kennedy is CEO of International Speedway Corporation, the sporting giant that controls 12 NASCAR series events, and also serves as NASCAR’s Vice Chairperson. She’s also recently been named the “most powerful woman in sports” by an independent panel (actually the second time Ms. Kennedy has won this distinction).

Kennedy wields influence with a soft touch and a behind-the-scenes profile. She started working with the International Speedway Corporation in 1983 immediately after earning degrees in economics and psychology from Duke University. “She has the ability to marshal people and resources in a very effective way,” brother Brian says of Lesa.

Closer to home in New Zealand, international jeweler Michael Hill International recently announced that Emma Hill will take over as Chairwoman. She succeeds her father, founder Michael Hill, and received support from independent members of the board after the announcement. There had been some concern about the chairmanship being passed to family – particularly a daughter. To his credit, Michael Hill took those concerns head on, saying “it’s important to keep the company going as a family business so it’s not a clinical, big business without romance and soul.”

Emma Hill’s story is familiar to those who follow family business successions; she worked within the company for years, often under the direct tutelage of her father, to be groomed for leadership. Her career in jewelry now spans more than three decades, starting as a floor worker when she was a teenager. She had previously served as deputy chair in 2011. The Hill family did it the right way.

While Emma Hill took over Michael Hill International in an organized and planned succession, Sabrina Chao of Hong Kong-based WahKwong Maritime Transport Holdings had a much rougher transition. Operational responsibility for the company passed to her in 2010 when, at the young age of 30, Ms. Chao’s father suffered a stroke. Living in a culture steeped in traditional, male-dominated Chinese values, Chao had to prove herself from the get-go.

In January 2013, after years of profitable stewardship, Chao was named Chairwoman of WahKwong’s board. By that time WahKwong had 30 ships and $200 million in revenue. She has already navigated several downturns in regional and global shipping markets by sticking to the basics and not trying to shine too brightly at once. “It’s been about having the right assets and the right customers,” says Chao. “Most importantly, it’s about having the right people and focusing on the detail at every level of the organization.”

While Australian politicians and big business grapple with reasonable representation of women, family businesses are leading the way. The NSW Bar Association published a report in January about the NSW Labor party, finding it rife with misogyny, sexism and harassment. The report included that “There was a tendency to give women a chance when everything else had gone wrong.”

Does your Family Business have a potential female leader and you want advice on women business leadership?  Call FINH now on 07 3229 7333.