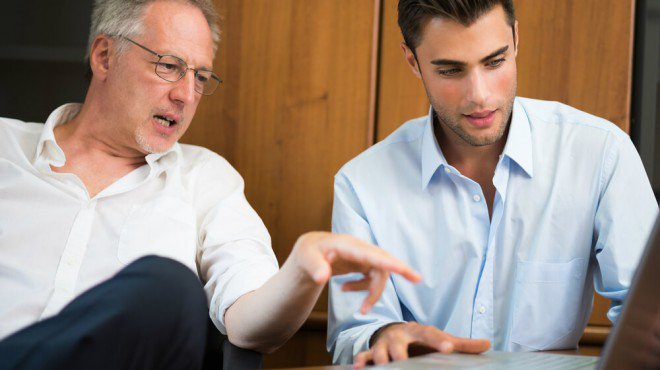 In my Business Spectator article this month I build the case for the benefits of having the next gen work outside of the family business for part of their career progression. – David Harland, Managing Director of FINH

Australia’s next generation of family business owners should consider working in another company, and maybe even another field, before returning to the family brand. Each offspring, no matter how strong the bond with the family, should build on their formal education and test their skills in the open market, work for a new boss or two, and establish a threshold of responsibility to implement their own ideas.

Outside experience is healthy for individuals and the business. The specifics of the outside job are probably less important than the journey away from home. Of course, professional positions in sales, production, marketing, human resources, research or other operational fields can be very constructive. Young workers need to understand the value of uncertainty and meritocracy, both of which might be lacking when your surname is written on the company building.
If the new job is in the same industry, the future successor can develop his/her own personal network and learn crucial skills — maybe even gain first-hand knowledge of useful ideas from competitors.

A job outside the same industry as the family business can be equally useful, especially if the next genner has always wondered what life outside the family industry is like. An added bonus: young people get the chance to be young and possibly foolish away from the eyes and ears of their future colleagues or employees.

Most children share certain passions with their parents, but most have different interests, too. Much like a university experience, the next generation worker will benefit from being around those who share their interests and passions. They may even find someone of similar mind and talent to incorporate into the family business down the road.

The larger the family business, the more important it is for future leaders to have a sense of working for someone you aren’t related to. No matter how objective and fair-minded the parent, a child won’t get a true sense of that independence and perspective while shaded by the family umbrella.

In numerous surveys, Family Business Australia and KPMG have found that successful family businesses tend to have children who are more educated and worldly than the general population. “More than 75 per cent of respondents had completed some vocational or tertiary training after leaving school,” one survey found. “These figures are significantly higher than those of the population at large.”

One participant said that businesses don’t just benefit in the long run when the next generation initially leaves the business. The short run benefits can be felt in the current staff. “It’s also good for the other staff in the business, who can see a clear prerequisite for family members to join the business,” said the unnamed participant. “In turn, it’s better for the culture of the business.”

There are obvious benefits whenever the next generation eventually return to the business. “If a role is created just for you,” said another participant, “instead of a real business need, then it makes it more difficult to build respect with other staff.”

Another study found “group participants agreed that entry rules regarding education and experience should be encouraged and even written up formally for future generations.”
Stories of success

Ross Brown, third son of John Charles and Patricia Brown, has known the wine trade his entire life. His family business, Brown Brothers Winery, has been an institution in northeast Victoria since 1889. Ross served as CEO for ten years before moving to executive director in 2011, and he stresses the importance of long-term planning — for business and for family.

“In our business we plant a vine to make wine in five or six years’ time,” Ross said in a July 2011 interview, explaining why family members must work a minimum of four years at another organisation before moving returning to the Brown family business.

In a separate interview with Drinks Trade Insight, Ross reaffirmed his belief in the outside work requirement. “It has the potential to continue to bring outside skills and knowledge back into the business.”

The Brown Brothers family formalised an outside work requirement into a non-negotiable clause, and it keeps their family values codified for each generation to share and keeps the next generation from becoming complacent.

Sheree Sullivan, director and manager of Udder Delights in South Australia, said outside work was critical for the business’ early survival. Her father and mother, Trevor and Estelle Dunford, started the company in 1995 with just two goats. Sheree and her husband Saul bought 50 per cent of the company 10 years later and says her family’s success can be traced to its “migrant model”.

Everyone, including her parents, worked outside jobs when the business was getting off the ground. There, they learned “a unique and very diverse skill set,” says Sheree, including business administration and equipment maintenance.