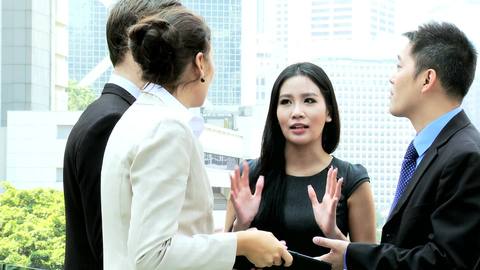 In this article from Campden FB,Nicholas Moody reviews the latest Bank of China Wealth Report. Impressively the lowest rated asset is money, whilst the highest is the transfer of personal values, which concurs with my own experience helping Asian families introduce governance to accomplish the transfer of all rated skills. David Harland – Family Business Advisor.

Respondents were asked which asset they would like to transfer most to the next generation – their skills, knowledge, personal values, or money.

The most important asset to be transferred from these parents to their children was personal values, rated as a prominent first choice in China, Hong Kong and Singapore, and as a second choice in India.

The overall lowest rated asset seen as important to transfer was money. This pattern was the same across all countries.

Not only do parents see passing their personal values onto their heirs and children as the most important, overwhelmingly they rated it as the most difficult asset to transfer.

The report also asked 200 wealthy Mainland Chinese about their investment preferences. Their top two interests over the next 12 months were to invest overseas financially (44%) and buy properties (40%).

Their preferred long-term investment is real estate (53%). In terms of gold, survey respondents see the longer term value of holding the precious metal (35%) in their portfolios, but have limited return expectations in the shorter term.

Equities (14%) ranked last as a ‘long-term investment’ with equities outside China ranked towards the bottom in a list of preferences, alongside commodities, private equity and futures.

The findings follow the separate release of Credit Suisse’s Global Wealth Report 2014 which estimates there are now more than one million high net worth individuals (HNWI) in China and 5.6 million residing in Asia-Pacific countries other than China and India.

Credit Suisse’s research also reported there are now 128,000 UHNW individuals worldwide worth more than $50 million, of which 7,600 are Chinese.