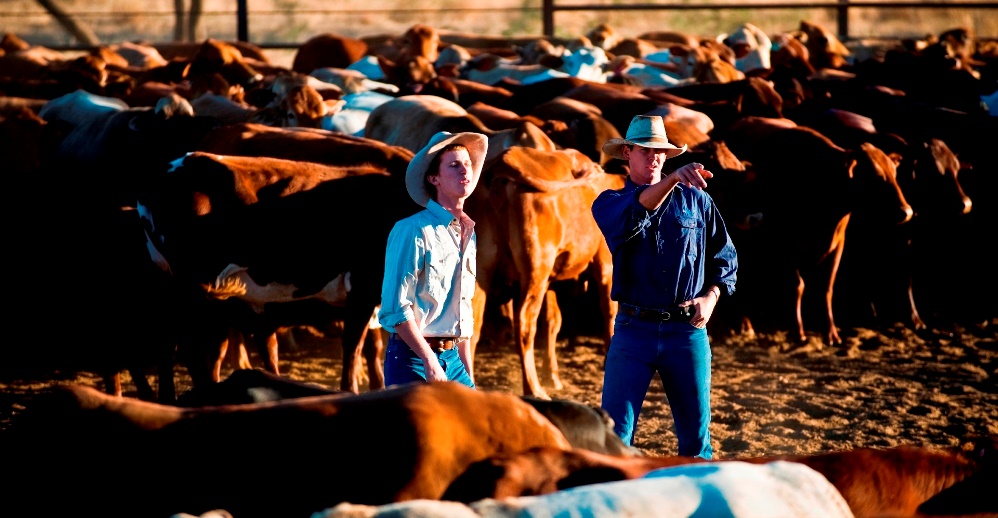 We asked 4 well-known players in the agri-business sector for their thoughts on succession in the Australian farming sector. Thanks for publishing our article Beef Central! – David Harland, Managing Director of FINH

Australia’s family farms have a problem with succession planning.

Not all of them — in fact, some are very proactive and consistently make good decisions that will help their business survive well into the future.

By and large, however, current ownership have fumbled or ignored proper succession strategies. This is a shame, because the inability to build healthy, multi-generational family businesses has coincided with (and, in some cases, contributed to) lopsided balance sheets, a rising skills gap among upcoming family farmers, and an aging class of farming leaders unprepared to gracefully exit their farms and businesses.

As a way of introducing the problem, consider the following infographics: 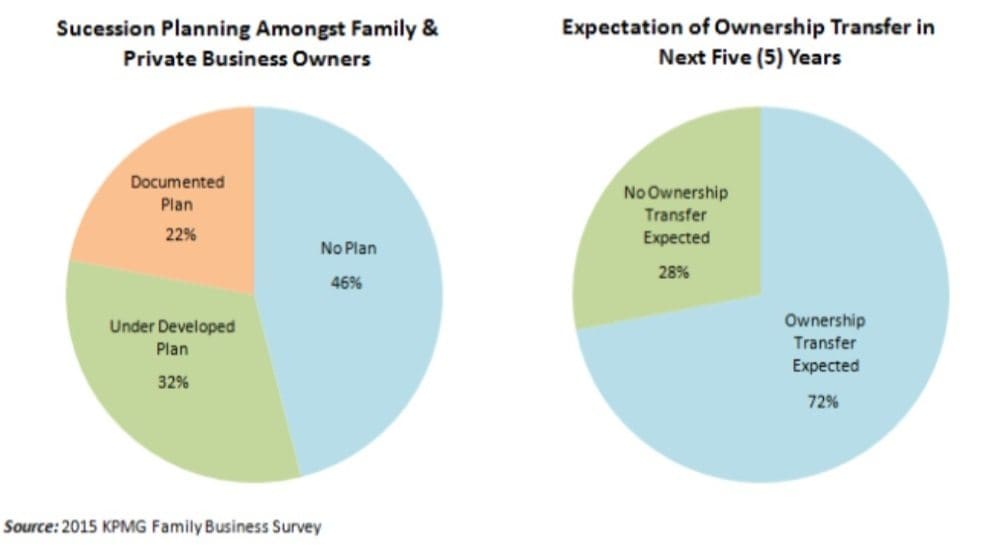 So there is an imbalance here. Widespread demographic aging — a trend that is not expected to reverse until 2028 — is occurring at the same time that private business owners are ill-equipped to handle succession.

Indeed, the agribusiness sector is more representative of this imbalance than any other industry. As Deloitte points out, 99pc of Australia’s 130,000+ farm businesses are family owned and operated.

When older farmers are confronted with incomplete transition prospects, many decide it’s simply best to keep on working. The Deloitte Access Economics team reports that farmers are five times more likely to be work over the age of 65 than workers in other sectors.

We spoke to four well-known family businesses in the agribusiness sector. Here is a brief summary of their thoughts:

There Is a Skills Gap

“The skill gap to effectively run an agricultural business needs to be filled,” according to Brett Antonio (Managing Director of BEC Feed Solutions & BEC Biotech, and third generation family member of McLeans Farms). “The next generation shouldn’t look at the family farm just as a farm, but as a business — that requires the right people, capital and processes to run it more effectively and efficiently, for greater profitability and, in time, free cash flow and financial freedom.”

Successful farmers need a wide range of skills — business management, financial literacy, IT, crop management, animal husbandry, and on and on. Innovation in the field is exciting, but it can create gaps in the necessary skills farmers need to compete.

Jennie Acton (Co-owner, Acton Land and Cattle Co, in its fourth generation of family ownership) argues that some of this can be explained by cultural and industry transition, leaving a “skilled staff shortage” as people “move away from the agricultural industry.”

All four families agreed that another major concern is that the next generation lacks financial literacy. Unless families get out in front of their children’s business training (exactly the kind of conversation that comes up through proper succession planning), the next generation will have to reinvent the wheel when it comes to raising capital, financing operations, and understanding the role of debt, among many other issues.

Competition from the Outside Is Increasing

Ben Chandler (third generation cattle farmer from “Gregory Park,” Barcaldine) told us that the next generation faces increased “competition from JV’s, foreign investment, and established property owners looking to expand,” which has the effect of “over-inflating land prices and making serviceability difficult for smaller operators.”

Imagine a 65-year old farm owner handed his business over to three children in 2016. What kind of market is going to greet the new leadership?

“With the large capital required for technology and automation of farming practices, the next generation have a huge challenge in running a family ‘business’, not just the family ‘farm’,” Brett Antonio commented.

Or consider what John Chandler (second gen cattle farmer of “Kyneton”, Barcaldine and father of Ben) expressed to us about non-business competition: “A major challenge will be dealing with well-organised & well-funded global groups of environmentalists, animal welfare activists, & climate change politics,” not to mention that “dealing with climate change & extreme weather” is going to be tough on its own.

Understood in light of the skills challenges facing the next generation of family farmers, it seems evident that the current training processes leave future farmers ill-equipped to maintain success in a high-priced, high-competition and potentially high regulation marketplace.

There Is a Problem With Exits, Retirement, and Dividing Assets

Many family farms do not have logical structures in place to deal with succession. In fact, many family farmers do not even have logical conversations about succession. Ben Chandler commented that older generations struggle with their “exit, setting up for retirement / next phase in life,” and that the biggest issue is families wrongly perceive “this is too hard, so avoid it.”

Unfortunately, I think Mr Chandler is correct. At FINH, we have seen first-hand how misperceptions or misguided assumptions about the “challenges” of succession planning can lead to personal and professional inaction.

“Farmers do not talk about succession planning,” notes Jennie Acton. “I think it is fear of the Unknown.”

John Chandler, who has managed to successfully incorporate his children into the business, stresses that “what is, and what is not, negotiable for the generation that owns the assets needs to be clear.” This kind of approach is still uncommon.

Jennie Acton believes that a lack of communication “creates much frustration and angst in families,” which is ironically the exact outcome families want to avoid by not talking about succession issues.

What it all means:

The point is not that Australia’s family farms do not have a bright future or that succession obstacles are too difficult to overcome. What I do hope to highlight is how critical it is for the industry to come to terms with a major issue and to deal with it in a systematic, realistic manner.

A succession plan is the process of strategising what you will do when you transfer ownership, sell, or close your family business.

Here are four reasons that the modern Australian family farm business should really look at succession planning as an opportunity: