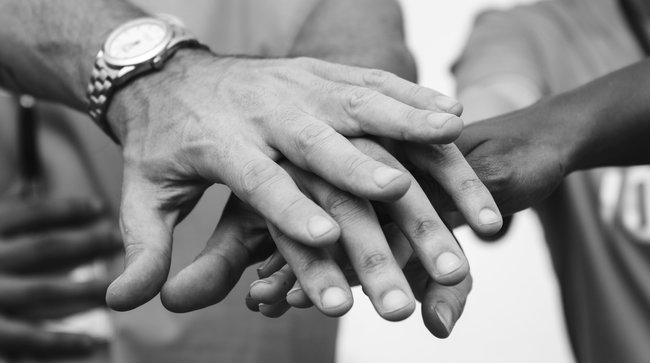 Working with family members might seem like a good idea. However, sometimes, it leads to challenging and uncomfortable situations that can potentially hurt relationships and the business, as a whole. Below is a short article by Carmel Melouney.

”He did some part-time work in the warehouse but then I sacked him because he never turned up to work,” explains Ruth Kaplan, the managing director of 130-year-old Australian family business Peacock Brothers, of her youngest child and only son. “One day he didn’t turn up again and I rang and rang. At lunchtime I went to his home and knocked on the bedroom window and finally, he lifts a corner of the blind (from his bed) and says, ‘What?’ I said, ‘You’ve got to be joking, I’ve given you this job, nobody else gets away with just wandering in and out like you, so you’re sacked! That was it, he never worked for us again.”

Peacock Brothers was started by Kaplan’s great grandfather, Ernest Peacock, who opened a general printing business on Collins Street in Melbourne in 1888. It was then run by Ernest’s son, Edgar Peacock, and then Edgar’s son-in-law Stephen Yuritta who married his daughter, Mavis. Kaplan is the youngest of five Yuritta children and had been exposed to the Peacock business since around the age of six when she was counting tickets and bundling them with rubber bands.

“They produced little tags with maybe a part number, description or price on it, and we would put them in stacks of 100 and then put a rubber band around them and they would give us penny for it!” she says. “Once we hit teens and finished school it was pretty much obligatory that we went and learnt to operate a comptometer (like an antiquated calculator). As teenagers we often went in during holidays to help with filing.”

Peacock Brothers is one of the oldest family businesses in Australia that remains privately-owned. It is one of the largest manufacturers of labels in the Australia-New Zealand region and end-to-end solution providers in the supply chain of barcode printers, data capture and software integration, including software products for warehouse, logistics and stock distribution. They have more recently moved into the provision of mobile point of care solutions within the healthcare sector. Their clients operate in various industries including manufacturing, distribution, warehousing, transport and logistics and healthcare.

Today, the business employs 120 people in Australia and New Zealand, but none of Kaplan’s three children. Her eldest daughter did a short stint in Peacock’s customer service but ultimately decided on a career in media, while her middle child worked in real estate and the childcare industry. “That’s the thing about family, you know what their personalities are beforehand and are able to judge whether they will work well together, or even have the interest,” says Kaplan of working in a family business.

After finishing school, Kaplan was initially employed by a finance company and then a Ford dealership. “It was just before I was to be married that Dad rang me and said, ‘I need you to run the calculating department.’” Peacocks did stocktake for many of the nation’s largest companies, including Coles, Ford and Burson. “Then I fell pregnant and that was the end of that.” Kaplan explains that the increased use of computers rendered this arm of their business defunct.

After having three children, Kaplan returned to part-time work in different industries including building and construction, an engineering firm, and as a sales representative for pharmaceutical company Parke-Davis. When her youngest child was around 10 years of age, she once again received a call from her father saying he needed her at the family firm. “I said, ‘I’ve got kids to drop off at school,’ and he said, ‘You can work whatever hours you like, I just need somebody else in the family here.’”

“I think I wanted the experience, to go out in different industries and do something different. I would tell everybody that has a family business to do that. You need to see how the real world works and then you’re in a far better position to put different ideas into practice.”

Kaplan worked alongside her father for the next six years until his death in 1998. It was during this time that she received a really detailed overview of the company which prepared her for the role of managing director. “It was a great time and a great experience. A lot of the working day was spent together, and we would often go out for lunch and have the best time,” she says. “I really appreciated the time I got with him and his guidance, it was pretty important to see overall how the company came together and what his expectations were because he had run the company for almost 50 years. It was certainly an education.”

Her son-in-law, Ryan McGrath, joined Peacocks in 2004. He had been working in a finance department for a number of years and was ready for a change. “One day he sent me his resume and asked me to forward to anyone I knew that may have been interested. As it happened the Peacocks board had recently decided that we needed to create a new in-house accounting position.” Kaplan did not partake in McGrath’s hiring process and instead referred him to their outside accountants for independent assessment. McGrath is now General Manager. Two of Kaplan’s nephews also work for the family business: Operations Manager Andrew Crump (below left, pictured with McGrath) and Project Manager Cameron Bollinger.

Kaplan says she is confident the business will remain in the family now that it employs three competent members of the fifth generation. “We’re just doing so well and we’ve got the right people coming up in the next generation, they’re all in different areas that cover critical areas of the company. I think it’s fantastic that it’s going to keep going,” says Kaplan, who recalls that when her father died in 1998, their bank told the family there were less than 20 Australian family-owned businesses still going that were as old as Peacock Brothers.

”When I was growing up, we did nothing but talk about Peacock Brothers at the dinner table! I talked about the kids at work, I talked about work at dinner, we mixed it up. I don’t think it ever really bothered me — it’s your life. Especially when it’s a family-run company, it’s at the forefront.”

Kaplan says the family has been really fortunate that everyone who’s taken over the business has been capable. “We’ve always kept ahead of technology,” she says. “We have had the foresight to see the next new thing coming up within our industry and the ability to get in early and be a forerunner. Having 130 years [of history] instills in us a great sense of how special it is; it gives everyone that oomph to keep it going and make it better.”

”I’m determined to keep it going, you don’t want to be part of any generation that rolls over and kicks its legs up in the air.”

Asked if she ever thought she’d end up taking the reins of the family business, Kaplan replies, “Not in a million years! I thought I was going to marry a rich man and sit at home doing my nails, but instead, he’s sitting at home!”

As for Kaplan’s son? After being fired by Mum, he went on to become a successful entrepreneur running his own hospitality business in the world’s most competitive marketplace: New York City.