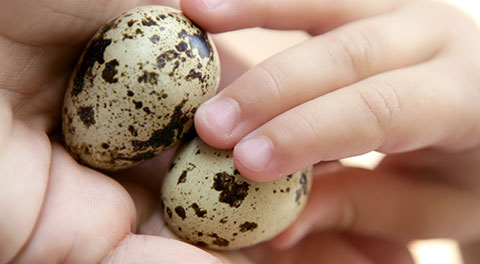 As Australia’s major provider of patient capital (families investing in families), The Australian Financial Review contacted us this week to comment on recent KPMG research stating that  58% of sophisticated family business were seeking external finance & bypassing traditional avenues such as banks. Here is the article and our thoughts.– David Harland Family Business Advisor

Large family-owned businesses around the world are increasingly looking to high net worth individuals to fund their expansion and shunning private equity firms, according to professional services giant KPMG.

Christophe Bernard, the Paris-based global head of family business for KPMG, said family businesses simply don’t like the private equity model of ownership for a period of five to seven years and have much longer horizons and different values.

“The strategy of private equity is not part of the family values,” he said.

Mr Bernard, who is in Adelaide ahead of a Family Business Australia conference from August 21 to 23, said a global survey conducted by KPMG of large, sophisticated family businesses across 29 countries showed 58 per cent were seeking external finance.

But they were bypassing the traditional avenues of finance from banks because of the narrow criteria applied to cash flows and other benchmarks, despite the low interest rate environment around the world.

There was an increasing trend of large family businesses connecting with high net worth individuals who understood the need for patient capital and the returns that could come in the future.

Mr Bernard said new private investors in a large family company needed to be flexible in their approach to investment opportunities, because often the owners want to keep the core business quarantined to the family only. Opportunities often presented themselves in an expansion into a new market or through a joint venture proposal, which did entail slightly higher risk.

“You’re not going to have an equity stake in the head company,” he said.

“It’s not the core business. That’s where we need to be flexible with the equity.”

Family business expert David Harland said the patient capital supplied by high net worth individuals or cash-rich family offices is looking for certain prerequisites, including a defined growth plan, additive growth potential to a global portfolio and an established family governance structure. “A cultural fit between the businesses will also be high on their list,” Mr Harland said.

Mr Bernard said one of the main problems family companies needed to overcome was the need for businesses to grow at a faster pace to cater for new family members arriving with each generation. “Families grow faster than the business does,” he said.

Dominic Pelligana, a partner in KPMG’s Melbourne-based private enterprise unit, said long-standing family businesses in Australia were eyeing fresh opportunities across a range of sectors, but one rule of thumb they use when looking where to invest is to closely scrutinise changing demographics. “Follow the demographics,” Mr Pelligana said.

This means the bulging growth in Australia’s population aged between seven and 17 years, and the 69-plus category. In the seven to 17 bracket, one of the biggest opportunities was in the education sector, Mr Pelligana said.

The growing number of people in the over-69 age group meant there was a focus on opportunities in healthcare, aged care and medical research.

A Brisbane-based KPMG partner in private enterprise, Bill Noye, said a key element for the longevity of family businesses was for any internal squabbles to be sorted out promptly. When family-owned operations did fail financially, it was usually caused by disagreements among the family members. “Most family businesses go broke because they haven’t been able to manage themselves,” Mr Noye said.