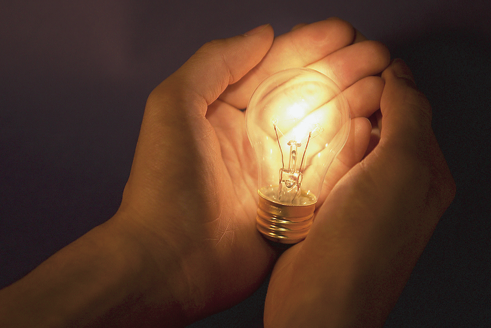 Getting the next generation not just engaged in the business activities, but embracing the spirit of entrepreneurialism is seen as a great challenge by many families. This does not have to be the case, through accredited family advisors, family businesses can  governance structures that include ways to engage the next generation.  Campden FB‘s list below by their resident journalist Attracta Mooney demonstrates some handy tips to nurture that entrepreneurial spirit. David Harland – one of Australia’s leading authorities on family business.

Most entrepreneurs will fail a couple of times before succeeding. “I don’t think that’s a bad thing. It hurts but I think you can learn a lot from that, if people around you are supportive,” says Johan Andresen, the fifth-generation owner of Norwegian conglomerate Ferd.

Speak to children about the family’s entrepreneurs and take teenagers to family business conferences, says Ann Dugan, fourth-gen of a US lumber business and founder of the University of Pittsburgh’s Institute for Entrepreneurial Excellence. Also make use of the media – business magazines and TV shows make great resources. “I know of a family that watches TV shows like Shark Tank [known as Dragon’s Den outside the US], and their 13 and 14-year-olds are coming up with new business ideas every day.”

3. Look outside the operating company

Family offices can act like venture capital firms, supporting next-gens looking to start their own firm. Also consider reverse succession – where next-gens start their own business and, if successful, the new company is acquired by the family firm. “It offers next-gens the opportunity to prove him or herself outside the family business and whether it remains a standalone business or later on becomes part of the family business is less relevant,” says Richard Bruens, ABN Amro Private Banking’s global head of private wealth management.

4. Use your core skills

“One of the strengths of family firms, especially those that have been successful in passing on the firm throughout the generations, comes from their ability to focus on their core competencies while maintaining an entrepreneurial spirit,” says Strike. An excellent example, she says, is Royal De Kuyper Distillers – which over its 11 generations went from being a barrel-maker to an international spirits company – and is now known for its innovative flavours.

Seeing how businesses work is important, says Anne Kirstine Riemann, second-generation owner of Riemann.“It’s a lot easier to understand theory when you know the real life situations in which the theory is to be applied.” She reckons it’s “healthy for next-gens to be exposed to the business from an early age”, whether that’s through working in the mailroom or on the factory floor.

Ask plenty of questions and get some experience, then “go with your gut”, says Riemann. “Chances are that if you come from a family business, entrepreneurship is in the blood. Assume it is and go with your instincts.”

7. Look at the company’s divisions

8. Next-gens need to decide for themselves

Expose next-gens to the business, to entrepreneurial ideas and to different options – but don’t force them one way or the other. As Riemann says, there is a fine line that the older generation should be careful of crossing – don’t make their decisions for them.

9. Risk is important, but know your limits

It sounds simple, but don’t risk more than you can afford. As Andresen says: “Let’s say you have a core business and you use part of those assets or a division to do something different, set up a new company or embark on some innovation agenda. Of course, if the core business doesn’t throw off enough cash, that entrepreneurial agenda can by definition be a strain on the main business.”